Aercoustics is proud to have won an Award of Excellence at the 2015 Canadian Consulting Engineering Awards for acoustical work on the new Thunder Bay Courthouse.

The project vision for Thunder Bay Courthouse was to revitalize courthouse design to restore the grandeur of traditional civic buildings. While modern day courtrooms are typically designed as black box theatres, with no natural light or natural acoustics, for this project Aercoustics optimized the space to enhance the natural acoustics in the courtrooms.

The key acoustical innovation was to employ design parameters that are typically used for performing arts centres. The project incorporated glass construction to allow natural light into every courtroom and resulted in acoustic performance in the courts equal to concert halls.

Aercoustics helped to create a space that eliminates the oppressive sensation and poor acoustics often associated with courthouses. The design resulted in acoustically ideal rooms that work without amplification or the reliance on A/V systems. Opened in Spring 2014, the Thunder Bay Consolidated Courthouse has been called the best courthouse in Ontario.

Among Excellence at the CCE Awards

Aercoustics was recognized at the Canadian Consulting Engineering Awards Gala in Ottawa on October 23, 2015. Selected from 64 entries, this award is the highest national mark of recognition in engineering.

“It is an honour for our work to be recognized by our peers and we are humbled to be selected for an Award of Excellence,” says Steve Titus, President and CEO, Aercoustics. “The Thunder Bay Courthouse offered a number of acoustical challenges and we are pleased our work helped restore the grandeur and presence of the original design.”

This is the fifth time that Aercoustics has received an Award from the CCE. Previous winning projects include: Award of Excellence for the Orpheum Theatre (Vancouver), Active Noise Cancellation System, Queen Elizabeth Theatre (Vancouver), and the Schreyer Award for the Esplanade Arts and Heritage Centre (Medicine Hat). 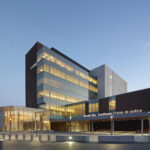 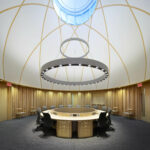 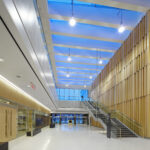 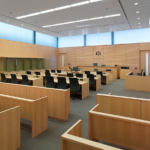 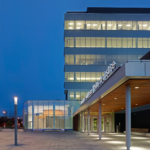 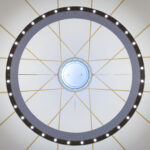