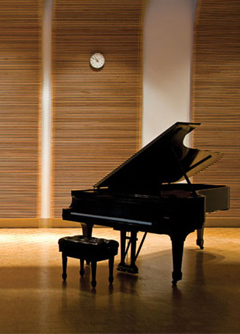 When Minnesota Public Radio (MPR) found out that the new Central Corridor Light Rail Transit (CCLRT) line would be running within 14′ of their existing recording and broadcast studios, they weren’t too happy. They thought the vibration from the track design would be disruptive to their daily operations so they took the matter to court. Aercoustics was brought in as an expert witness who could give an unbiased third-party peer review. We predicted the future noise and vibration levels that would be generated by the operation of CCLRT and provided our expert opinion on whether or not the current design of the system would affect MPR’s operation. Our work confirmed the overall design strategy of the track system and the lawsuit was dismissed. However, based on our analysis, the team also opted for an improved track design that would reduce vibration levels even further.